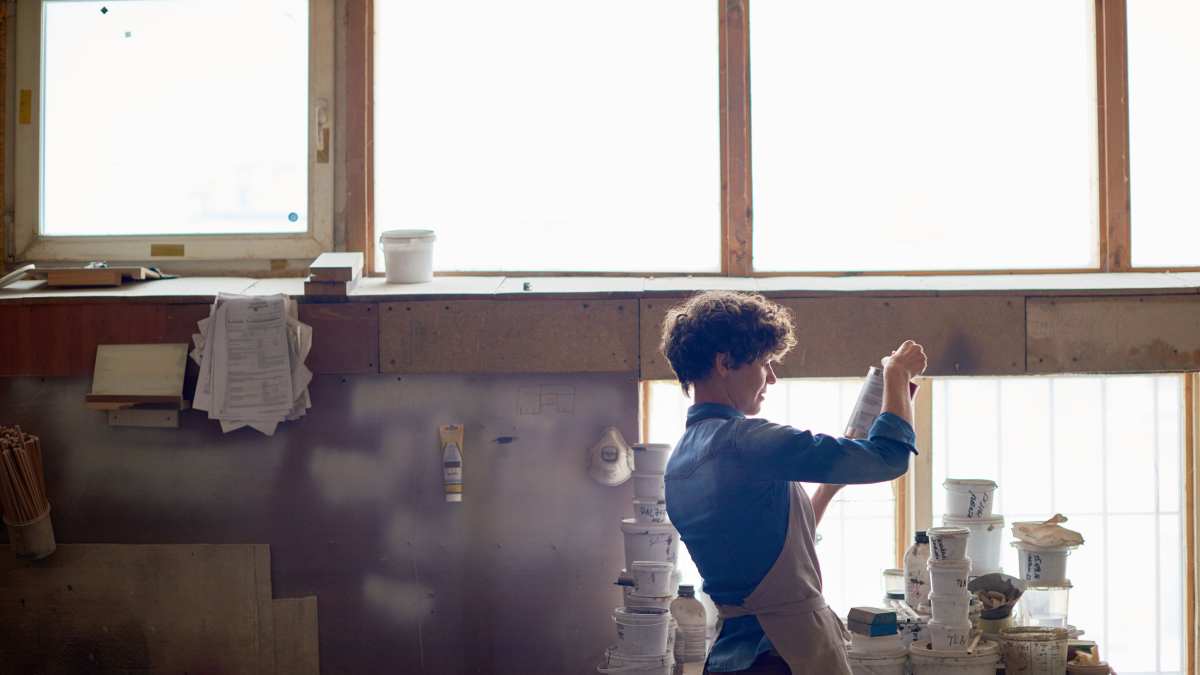 Failure to comply with resolution 1154 of 2015 denotes that legislation and the paint industry in Colombia walk along parallel paths, without crossing paths.

We could approach the issue from three different perspectives: that of the consumer, that of the manufacturer and that of the regulatory and control bodies.

The consumer, regardless of whether or not there are regulations, demands a water-based architectural paint that is good: yielding, stable in the container, that adheres well to the surface, that does not come off when cleaning the surface of the walls, that has the right color and that can get the same color when it requires a repair or repaint, and that the cost is adequate.

But in the consumer world, there are complexities: there is the direct consumer who buys and applies the paint himself in his house or apartment, or who could hire the work; there is the consumer who contracts the painting of his house or space with a person or company and delegates to him from the purchase to the application; And there are large builders who hire expert companies in the purchase and application of paints in constructions and who provide them with legal guarantees. Each one has its different field of action and coverages that demand a very different dynamic, and from this derive somewhat differential demands for water-based architectural paintings.

The first one goes to a store or hardware store and buys the paint on site, receives direct technical assistance and chooses color and type of paint, and buys a relatively small amount. Their priority is quality, color and then price.

The second purchase in chain warehouse, in the brand's own store, in large stores, or directly from the manufacturer as part of a brand loyalty plan, with some price advantages and training plans and promotions, and has as a priority the delivery of quality work. However, it puts its own economic gain first, which forces it to emphasize the purchase price, then quality and ease of application, where performance and price are the most important. 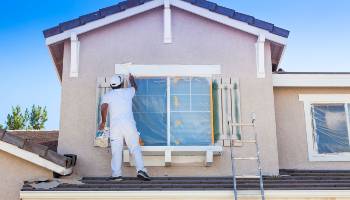 The third consumer does it on a large scale, with bargaining power and with established logistics that allows him to negotiate with paint manufacturers directly and obtain advantages in price and payment conditions, as well as in the development of customized products, and even alternative manufacturing in his facilities or through third parties (maquilas).

This type of consumer is better listened to than either of the other two, in case of a claim for product quality, for the negative impact that an event of this type would cause in the reputation of a brand and in the loss of the sale that it could entail.

To this type of consumer, the integral gain of delivery of work at a low cost, and obtaining a high price for the property, is his priority, accompanied by an acceptable and stable quality during the process of delivery of the new property. For him work other subcontractors who respond in the end for the quality of the application and the performance of the paint.

The perspective of the manufacturer of the paints has as a priority the delivery of a product that is attractive, a fluid sale without much advertising investment, and a high margin of profitability so that there is return on investment, with the lowest possible claim rate and jealously taking care of the reputational issue.

For this, it requires significant investments that guarantee its growth and permanence in the market. Competition for the same market makes it obligatory to offer differentiable attributes that the competition cannot provide, but it must ensure that it has a return, establishing barriers to entry to competitors who do not offer the same and guaranteeing a high market share. 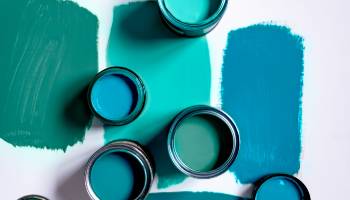 To ensure this participation, and remain current and competitive in the market with product prices according to the new attributes and quality offered, it establishes barriers to entry into its niche market, including legal barriers that protect its investment and the health of its business.

It is obvious, then, that initiatives of union regulations are promoted, among which participate in the largest proportion of the formal market due to their size and financial muscle, which are grouped to demand from the state the protection of their entrepreneurial initiative. They argue that it is the way to guarantee employment and social benefits to a large sector of the country's labor force.

This route was followed by some large paint companies in Colombia that, given the low differentiation in offers and misleading advertising, wanted to protect their investments with the introduction of the NTC1335 Standard in ICONTEC, because the competition offered, and still does, much lower prices in a market that does not differentiate attributes and qualities.

For this, they relied on resolution 1154 of 2016, because ICONTEC, since 2015, already had a regulation that classified the types of paints on the market and established the specifications and minimum properties required.

However, within the established standards, the three were selected that they thought were the ones most appreciated by the end customer and that would allow them to establish a filter so that the profitability margin could be maintained in the market of water-based architectural paints, especially in the Type 1 paints market segment.

Such attributes should be guaranteed by declaring compliance on the labels on the packaging of the final product, but there was no real decision to control their compliance over time by state control agencies such as the Superintendence of Industry and Commerce, or by the Consumer Ombudsman. Perhaps because, for this, it is necessary to have accredited laboratories with certified tests that can measure and certify the results. 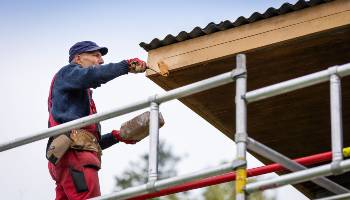 Colombia, at present, only has two laboratories that meet these requirements: one is independent and the other was born as an initiative of a supplier of imported raw materials to support the guild it serves, which does not leave much margin for independence. Each test has a high cost, which implies having a good budget from paint companies and control agencies to monitor and control the quality of paints in the national market.

Such complexity has allowed the rules and the resolution not to fulfill their initial purposes and become, on the contrary, a "sword of Damocles" for the large paint manufacturers, on whom falls the threat of being sued for non-compliance with the same rules they promoted, since only large manufacturers with positioned brands are claimed. Small manufacturers are not complained about and the risk is assumed by buying their products at low prices.

Since wet abrasion resistance and washability tests in themselves involve the enormous paradox that fulfilling one could mean failing to meet the other, the initial purpose is vain and perhaps new definitions should be made of the real attributes that the consumer of Type 1 architectural paints in Colombia would be willing to pay for.

This would have the evidence that really assists the manufacturer to safeguard the competitiveness of its business and that allows it to definitively isolate brands that do not comply with the well-defined standards, applied and controlled by the State or by the paint guild as a whole.

In this way, deceptive competition would be overcome and put in waist in the paint market in Colombia, without this implying ending small enterprises, but ensuring that the customer receives a good product and that the differentiation in price corresponds to a differentiation in real quality. 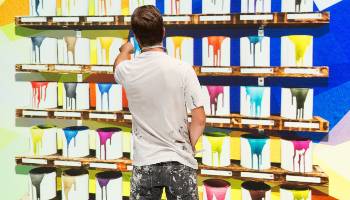 Today what exists is a self-declaration of compliance in the label and in the classification that is made of the paint offered, of the NTC-1335, which supports resolution 1154 of 2016. Superlatives such as "superwashable", "super-covering", "advanced", "low smell", "low VOC", etc. try to influence the consumer that their choice would be the most convenient.

However, the results of the stain removal or washability test show that only one meets the standard and does so at the limit. Similarly, the wet abrasion resistance test is met by 50% of the brands evaluated, and the coverage is the one with the best result with 91% compliance among the evaluated brands.

In the viscosity of presentation there is a widespread prejudice among painters that its high value will allow them to improve performance and save them money, which is false. A high viscosity makes application difficult, despite allowing the application of thicker layers, but with a lower finish. But also a low viscosity causes high level of splashing and the application of very thin layers of paint that would force several "hands" of paint.

This scenario makes the standard and the resolution a "dead letter" because, on the one hand, there does not seem to be the will to comply on the part of most manufacturers. On the other hand, there is no consumer requirement for compliance with the regulations, while the control bodies do not know what is happening, and even less do anything to remedy it.

Misleading advertising prevails, a marked differentiation in the prices of Type 1 paints, and a purchase decision that seems to be very oriented and influenced by advertising, brand recall and the size of the manufacturing company that, in the collective imagination, seems to provide confidence in case of a claim.

But for those properties you do not get to claim. Today it is claimed for other things that, although they are in the NTC-1335 standard, are not those that guide the purchase decision: coagulation of product after dilution, presence of fungi, bad smell, viscosity drops, dented containers, defects of the applied paint such as efflorescence, quartering, entizamiento, color changes, presence of blisters, etc. Few or no one complains about low covering power, poor washability or low abrasion resistance because, in real life, very few would have the possibility of measuring these properties, and you would have to confront your version before that of the claimed company, in case of not accepting your claim. 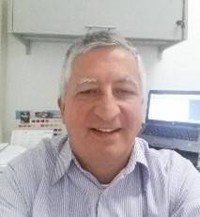 No thoughts on “Regulation of water-based architectural paints”