Analysis on the different standards and properties that must be applied in the formulation of architectural paints to meet washability requirements.

When talking about the properties of different types of coatings, it will always be difficult to establish which are more or less important, because finally each of them points towards a certain goal, and all human beings have different opinions.

In water-based architectural paintings, some will give a lot of importance to the covering, and it does (economic performance in the application, m2 per gallon, cover the color or background material well, with a rational number of hands, among others). Also very important is the wet abrasion Columbian Technical Standard NTC 966: 2001 (in Colombia with brush, medium or abrasive paste and wedge), which guarantees that before the need to "clean" the coating, and the possibility of requiring an abrasive agent, to wash or clean said stain, because it does not wear out, and we end up with the need to paint again.

And in this last comment, we find the key words, clean and wash. Consumers of architectural coatings have dreamed that with just a wet towel you could clean any stain, that is, that this cleaning in the home, was like the image that surely several of us have of an anti-graffiti paint.

But the reality is different, a large number of stains are impregnated in such a way to the coatings, that finally in our homes we end up stomping, or polishing the paint to remove these stains, which ends up being done with aggressive detergents both chemically and physically.

Perhaps this is an important factor in considering the washability of an architectural coating, as a relevant feature, because an easily washable coating, surely will not have so many requirements from the point of view of wet abrasion. Here it is important to remember that for Colombia, resolution 1154 of June 22, 2016, defines the mandatory compliance of the three properties mentioned, according to the type of paint for interior and exterior spaces, based on the Colombian Technical Standards NTC 1335.

When we talk about standards it is important to know where this information comes from, for example if the standard claims to have correspondence, it is because it is an identical translation of an ASTM, ISO or other standard. On the contrary, if in the bibliography some norm is named, this is only reference, or some fragments were taken, but it is not the same.

The NTC for washability is 799 (which has no correspondence but in the literature relates the ASTM D 4828: 1994 standard (re-approved in 2016), which broadly describes the following: one or more films are applied on black plastic panel, with an applicator of 7 thousands. This is allowed to dry for 7 days under controlled conditions. 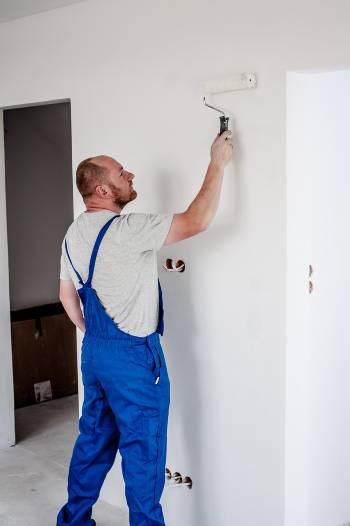 Subsequently, six areas of application for stains are drawn, where they are put: lipstick (two stripes), black pencil (10 stripes), red pencil (10 stripes), tomato sauce (2 stripes), mustard (2 stripes), cola drink (any of the market) 2 stripes. For the first 3 stains, an applicator of agglomerated wood is used, with several characteristics and that additionally carries a weight at one of its ends, which seeks to ensure that the applications have the same intensity.

Liquid staining agents are left to dry for an hour. And after this, 10 grams of the non-abrasive soap is applied to the moisturized sponge weighing between 80 and 120 grams (including water), and a sponge holder holder weighing 1 Kilogram (the support and the dry sponge), 100 cycles are given in the abrasion machine at a speed of 37 +/- 1 cycle. Then it is washed with a soft water jet, allowed to dry and evaluated: 10 the stain comes out completely and 0 equals the stain, and in the intermediate 7, 5 and 3. And the 6 evaluations are added and divided over the 60 possible points, and there you already have a decision rule.

Although the test method, at first glance looks simple, the truth is that it has too many details.

It should be noted that each laboratory must choose the brand of tomato sauce, cola drink and mustard. Remember that these three foods can contain artificial colors, as is the case of mustard, which, to lower the cost, they reduce it with some food of lower price, and to maintain the tonality they add it with tartrazine (yellow No. 5). To this day, several of the brands on the market claim to contain tartrazine, which makes it difficult to achieve a good note in this stain, the same happens with tomato sauce, where several brands use dyes, and obviously cola drinks whose components are artificial.

In summary, Colombia has defined two properties, on the one hand wet abrasion, and on the other the washability or removal of stains.

Analysis in other nations
When we talk about these properties in other countries, this is what we found:
In Mexico, they have the NMX-U-116-SCFI-2018 (which reports no agreement with any standard, and in the literature relates to ASTM D2486-06: 2016), and which broadly describes the following: Three films are applied on black plastic panel, with an applicator of 7 thousands. This is allowed to dry for 7 days, under controlled conditions.

The already cured sheet is mounted on the programmed abrasion machine at a speed of 37 +/- 1 cycle, with a laine (wedge) under the plastic panel, perpendicular to the path of the brush (said brush including the counterweight and brush holder must have a weight of 454 gr ± 2 gr. It must have been leveled using a sandpaper 100 or 120 with 5000 to 10000 cycles in the abrasion machine.

If the use of the brush is frequent, it must remain in water, otherwise it is soaked for 24 hours before the tests), the brush should be shaken to remove excess water, place on the panel, and add 2 ml of soapy solution (this solution, is elaborated by the laboratory, and the standard brings the recommendations). The cycle counter is verified to be zero and the test is started.

The test will end when there is a continuous line without paint in the same direction as the path of the brush and that crosses the width of the wool or wedge, that is, 12.7 mm. In principle, high-strength paints will show a line or two thin lines, those of medium resistance, thicker lines and those of low resistance, practically the width of the brush; this standard brings graphs with typical patterns. After this, the data is handled, and a result is obtained.

In principle, this standard (NMX-U-116-SCFI-2018) has more resemblance to NTC 966 (considering that the Colombian one also makes bibliographic reference in ASTM 2486-00), remember that the Mexican one does it to the 2016 version. 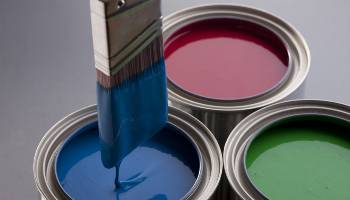 As related at the beginning, ASTM D 4828: 1994 (re-approved in 2016) (Standard Test Methods for Practical Washability of Organic Coatings), is referenced by the Colombian NTC 799, and really in general terms it is very similar, only that the Colombian defines once and for all the stains, and the final calculation to report the data.

Another standard related to the subject, and which is referenced in ASTM D 4828: 1994 (re-approved in 2016), is ASTM 3450 -15 (Standard Test Method for Washability Properties of Interior Architectural Coatings), this method that also talks about washability, stipulates that the stain is a dispersion of carbon black in mineral oil, here the advantage, or the contribution of the method is that the evaluation is made based on the relationship between the reflectances; R2/R1 x 100; where R1 is before being soiled (original color), and R2, is after being soiled and cleaned. This method presents two alternatives, first it is cleaned with non-abrasive solution, and if the ratio is less than 96%, it is repeated on another panel, now using abrasive medium.

In Colombia a method similar to this (although with many differences from the point of view of drying time, mode of application, cleaning, among others), is what is known as Gilsonite test, which in some laboratories has been evaluated with the difference of yellowing or color delta. In Mexico, some manufacturers apply a method very similar to the Colombian NTC 799.

Conclusions
In summary, it is not possible to compare paints between our countries, since the defined test methods differ quite a bit, and not only this, the truth is that different concepts are had and different characteristics are evaluated, because we could have a paint that has an important resistance to rubbing with the brush, but nevertheless before a stain, this penetrates, and a good amount of the film needs to be removed, to give the feeling of cleanliness, this if other aspects of the coating are not affected (changes due to the carving of the surface and change of brightness).

Now, if we look back, and analyze what has been written, perhaps the most salvageable thing is that a good way to make these evaluations have a better repeatability and reproducibility, is by making the evaluation more than visual, be by colorimetry.

It is clear that with the exception of ASTM 3450 and the gilsonite test, which already include a larger area stain application on the tongue (where the reading can be done with the colorimeter or spectrophotometer), for the others it could not be applied, but if a call can be made to the scholars of the standards and to the committees that participate in the modification of this in each of our countries, so that a study is made, which allows to preserve the structure of the standard, redefine the application and evaluation via reading the color differences.

In addition to this, we do not want to miss the opportunity to call for greater similarity and, why not, equality between the norms of our Latin American countries. This call would be towards the test methods and not towards the specifications, because that definition is already very specific to each of our countries.

No thoughts on “Washability in water-based architecture”