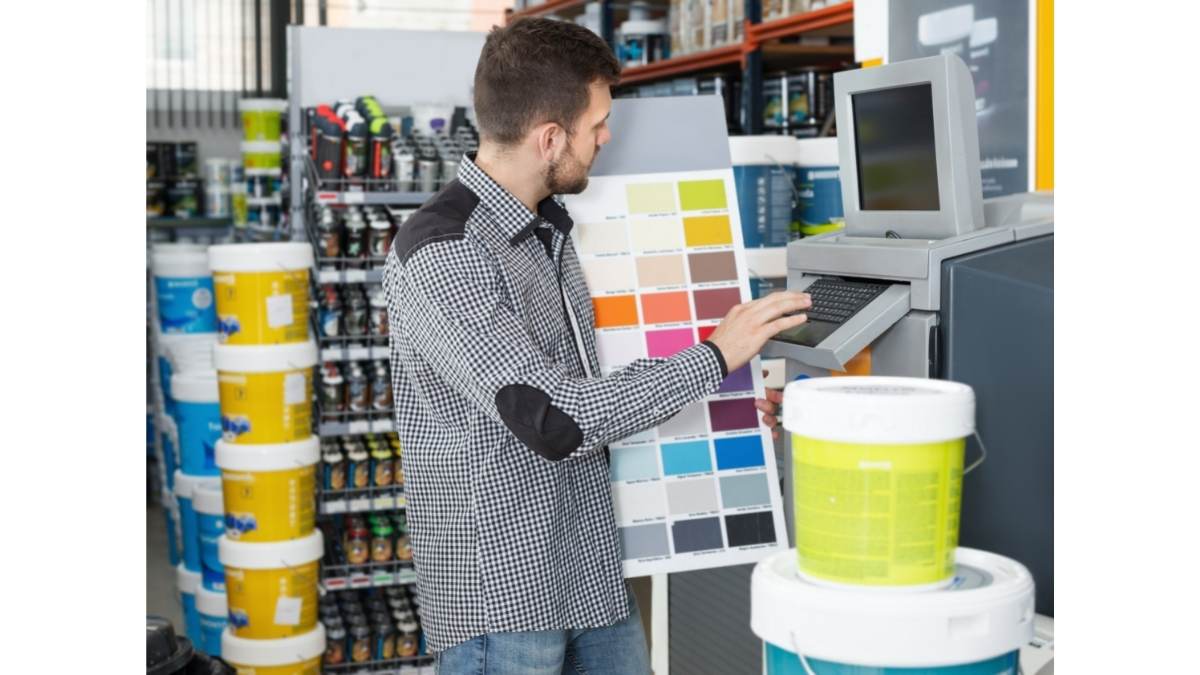 The study carried out by the STAR association shows that 92.86% of Type 1 water-based architectural paints in the country do not comply with resolution 1154 by not passing the three tests required by national regulations.

There is a resolution of the Ministry of Commerce, Industry and Tourism of June 22, 2016 that establishes the characteristics that a water-based architectural paint must meet in Colombia.

With this information, the Board of the Association of Andean Technicians in Coatings STAR decided to carry out a study on the most important brands of paints in Colombia to determine whether or not they are complying with what is established by resolution 1154 and that standardizes ICONTEC through the NTC-1335 standard of March 18, 2015 for Type 1 vinyls, with emphasis on three properties of the eight defined as of interest in the resolution and confirmed in the 2019 Ministry of Commerce report: resistance to wet abrasion, washability or removal of stains and covering or opacity.

These properties have special treatment because they are the ones that allow to classify the paints in type 1, 2 and 3 and, therefore, to set different prices in the market.

The STAR initiative seeks to represent the interests of coatings and paints technicians in the country, who are the engine of the formulations and processes that bring these paints to market. Therefore, it is devoid of biases that affect the suitability and impartiality in the results obtained.

To conduct the study, a list of 30 paint manufacturers was selected. This was purified to 13 manufacturers of 14 brands of Type 1 vinyl, which constitute more than 85% of the sale of this type of paints in Colombia per year, of the more than 30 million gallons sold in 2021 of the water-based architectural sector. 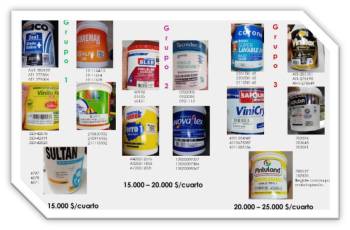 From each brand, three different lots were purchased in different trade sites: hardware stores, own stores and department stores. These 42 samples were sent to the laboratory Metrilab Ltda., which is one of the only two accredited laboratories in Colombia, with certified tests, to perform this study.

The results showed that only one mark of the 14 complied with resolution 1154 and is the only one that could be called Type 1 vinyl.

The rest of the evaluated paintings cracked. Since the selected brands correspond to those that sell more than 85% of the volume of Type 1 vinyls in Colombia, it means that it constitutes a representative sample and that its result can be generalized to the entire national market.

The paintings analyzed were all white because, in addition to being the best sellers, the colors make the tests give lower results than the white equivalents. The white color constitutes more than 80% of the sales of this type of paints in Colombia.

But, before delving a little into the results and their analysis, it is important to know the background to these tests.

In Colombia there are regulatory and control bodies for the quality of paints and, specifically, resolution 1154 and ICONTEC standards constitute the legal reference framework for their monitoring and control.

In addition, there are public sector entities such as the Superintendence of Industry and Commerce (SIC) that ensures compliance with these regulations. To this entity is added, as a private initiative, the Colombian Confederation of Consumers (CCC), which aims to defend the rights of consumers supported by Law 1480 of 2011 on the Consumer Statute.

There is also the Colombian Confederation of Consumers (CCC), a private entity that oversees the protection and defense of the rights of Colombian consumers.

The figure of the Consumer Ombudsman is a legal entity not very clear to the common consumer and that guides towards the SIC.

Our effort is not the first to be made with the aim of verifying that the quality of the paints and their attributes, announced on their labels, really fulfill what they promise.

We are preceded by the efforts of the Ministry of Industry, Trade and Tourism which, at the request of Acoplásticos, carried out a study that it published in 2019 with a focus on two new factors of non-compliance: the presence of heavy metals and the high levels of volatile organic material (VOC) in some paints for domestic use, including water-based architectural ones. 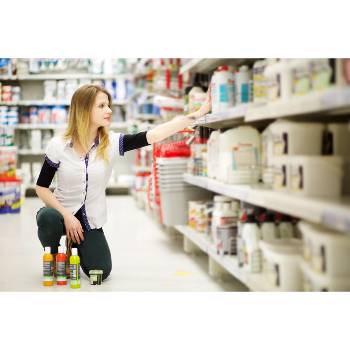 These requirements sought to put an additional barrier to entry for the informal paint industry which, with low prices, has undermined the interests of large organized industry.

In 2019, the Ministry of Industry, Trade and Tourism published a study entitled "Analysis of regulatory impact to the technical regulation applicable to the label of paints, water-based, emulsion type, for architectural use, for interiors and exteriors in Colombia".

This phenomenon of non-compliance with regulations, as well as minimum quality criteria, is identified there, but it points in particular to the informal industry as the great non-compliant with resolution 1154 and NTC-1335 in a 57-page document.

This study was due to a complaint made by the industrial association Acoplásticos, in defense of the paint industry legally formalized in the country, in the face of unfair competition and misleading advertising on labels by many paint manufacturers that include as Type 1 paints that would be in the range of Type 2 or Type 3. There are indicated the requirements for the paintings, established by resolution 1154 of 2016, recorded on pages 7 and 8 of the report:

However, remember that NTC-1335 details the properties to be controlled: percentage of solids by volume; fineness of grinding; drying time; covering power; wet abrasion resistance; stain removal; water resistance; and alkali resistance. (pages 11 and 12, of the NTC1335 standard).

The request and the Ministry's work focused on the use of heavy metals and high levels of volatile organic compounds (VOCs), both harmful to health and the environment.

Among other things, he points out that competition in paints in Colombia is carried out through two strategies: price and quality. As referred to verbatim in the document: "For the paint sector in Colombia, competition is carried out through two forms or strategies: price and quality. However, formal companies lose important profits due to the informal market, where their prices do not reach the derisory levels that move there. Thus, they turn their efforts to constitute and erect products with specific characteristics that provide the consumer with the satisfaction of their expectations".

The report adds: "With this objective, companies through their labeling interact with the consumer, where marketing strategies make use of superlatives and praise of particular characteristics, which, as we have mentioned, respond to a corresponding chemical relationship."

Despite previous efforts, the results of the study promoted and sponsored by STAR show a slightly different reality than the previous report of the Ministry.

In the request of Acoplásticos it is presumed the fulfillment of the resolution by the large paint companies that they represent as a guild, and that raised their complaint before the unfair competition noted above, and to which the 2019 study responds in some way. 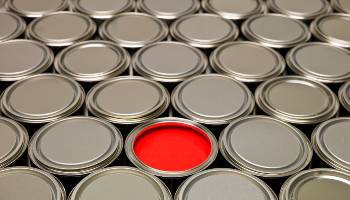 Our study of 2022 showed that 92.86% of these large and medium-sized paint shops do not comply either. As the popular adage goes: the mayor, who is around? It leaves us all unhappy.

This creates an ethical paradox: others are required to comply with the rule, but those who imposed it and demand control do not comply with it either. This lays bare the fact that actions to comply with the standard may have been relaxed in exchange for reduced prime and process costs, which would generate a higher profit margin; But that has not meant a reduction in the sale price to the consumer, who ends up being the loser.

The results obtained were presented in detail during the Second Technical Conference organized by STAR on June 28 and 29 at the Country Club of Medellín, Colombia. Each outcome was the average of the three lots assessed by brand to avoid selection of an atypical point outcome that affected the statistical quality of the study.

Of the eight properties previously advertised, three were measured because the emphasis of advertising and highlighting on labels is connected to abrasion resistance, ease of stain removal and their covering power. These three properties are what allow to classify the paints as type 1, 2 and 3, and define in which price range and market each one will play.

Of the 14 brands, 50% failed the abrasion resistance test; Only one passed the stain removal test, and one of the 14 did not have the minimum coverage required by the standard.

When crossing the results of the three tests evaluated, and assuming that the other five of the NTC-1335 (not measured with the same rigor) meet them all, the following is found: only one painting (7.14%) passed all three tests; one did it halfway, because stain removal has a 50% chance of getting out of control; seven of the paintings (50%) passed two tests; 5 (35.71%) passed only one test and one passed no test. This means that 92.86% of the paints in Colombia do not comply with resolution 1154 for not passing these three tests required of NTC-1335.

All the selected brands constitute a high percentage of the production of paints in Colombia as legally constituted companies, which leaves us with great concern about the true meaning of requiring informal workers to comply with the legislation that only one of the companies complied with for this study.

In addition, it forces us to reflect if we really have the desire and decision to comply with it, if this really captivates the consumer, or if legislation and industry are walking along parallel paths, without crossing, or solving the problem that gave rise to the regulation of water-based architectural paints.

No thoughts on “Quality examination of paintings in Colombia”