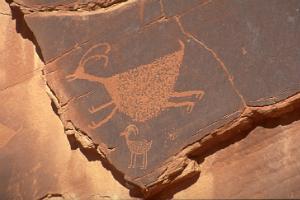 This is a philosophical concept applicable to the formulation of paintings, because regardless of their technological advances, the evolution of the industry will always have to do with some development thought from the beginning of our existence.


Dear reader, prior to the beginning of this reading I encourage you to be patient, since it is a philosophical topic that the author tries to concatenate very briefly with the world of coatings. Thus, as a rebuke, I invite you to remember that film entitled "Groundhog Day", in which Bill Murray was condemned to relive again and again on the same day.

The "Eternal Return" is a philosophical conception of time conceived by Greek thought (s. III a.C. to II d.C.), and which postulates that inevitably all events will have to be repeated again and again, in a cyclical way, as in an eternal return. Under this conception, a repetition of the world was proposed where it was extinguished in order to be recreated, so that the same acts would occur again [2,3].

But it is in the nineteenth century that this idea takes on new nuances with the German philosopher Friedrich Nietzsche in his book "Thus Spoke Zarathustra". According to his words: "Everything returns and returns eternally, something to which no one escapes!", "The world is a circle that has already been repeated countless times and that will continue to be repeated in infinitum." [4].

In the idea of the "Eternal Return" Nietzsche states that it is not only events that are repeated, but also thoughts, feelings and ideas, time after time, in an infinite and tireless repetition [4].

From the author's point of view, and to remove some philosophical nuances from this issue, if we consider the historical progress of technological development, we will see that it suffers from its own version of the idea of the "Eternal Return", where we can affirm that what we do is paradoxically repeated again and again. Thus, although undoubtedly complex, the "idea of the Eternal Return" leads us to an important scientific reflection: Does science not experience its own "Eternal Return", where an initial idea is forgotten, it subsequently resurfaces, and finally becomes a successful idea? This leads us to analyze some examples:

- The development of the automobile: The first cars were electric, steam and some others used alcohol as fuel. Obviously, we know that today these types of vehicles are "less polluting" than cars that use fossil fuels. In this case, it can be seen that the initial idea was displaced for several decades by a more attractive idea economically, but not ecologically. But, currently, what are considered the vehicles of the future?, are not, among others, electric cars and that use alcohol (bio-fuel), technologies that seek to reduce carbon dioxide emissions to the environment?

- Cold fusion: The supposed energy panacea that the scientists Pons and Fleischmann "discovered" with the famous experiment that bore their name in 1989 is becoming fashionable again in international laboratories, according to our eagerness for new energy sources. At first, the scientific world considered the original experiment that announced the discovery of cold fusion a scam, but currently the research on this matter has been relaunched since some scientists consider that there are certain signs of becoming a reality [5].


- The use of forest biomass: Heat of yesteryear with today's technology. In this sense, we must bear in mind that there are currently important developments in the field of heaters and boilers for the combustion of biomass and timber resources.

At some point it was practically disused because it was considered outdated, but we must bear in mind that forest biomass is the source of caloric energy used by humanity since the discovery of fire, and so it was until it disappeared from homes with the arrival of fossil fuels [6] and constitutes today an attractive energy alternative.

Focusing on the area of paintings, we have analogous situations:

- Prehistoric and aqueous paintings: The first paintings that man created, and that perhaps are among the first inventions of humanity, were used about 30,000 years ago by our ancestors, creating with them what was called Rock Art. These paintings were composed of a mixture of egg, water and "red and ochre earths".

In this case we must analyze that the egg is constituted by1: 60% white, 30% yolk and 10% shell; the clear, contains a binder of natural origin called albumin (strictly speaking, ovalbumin), the yolk contains, among others, lecithin (a type of phospholipid), which has emulsifying and moisturizing properties (it is a type of pigment dispersant) and finally, we must say that those red and ochre soils were nothing more than inorganic pigments: natural iron oxides (hematite and goethite, respectively). That is, these were nothing more than a type of paints that today we classify as water-based (since we have pigment, binder, additives and water as a solvent).

But we know that solvent-based paints were the main consumers until the mid-twentieth century. Per se, today, among the new technologies of alternative paints, water-based paints are among the options to solvent-based paints, since they have a lower content of VOCs (practically zero in some cases) and are more friendly to the environment, being therefore, among the paints of the past, present and future (behold, again the idea of the "Eternal Return").

In the next edition we will continue with the second part of this topic, which will delve into pigments, additives and other materials.

1. We assume that a chicken egg weighs approximately 60 g.

No thoughts on “The Idea of the 'Eternal Return' (I)”