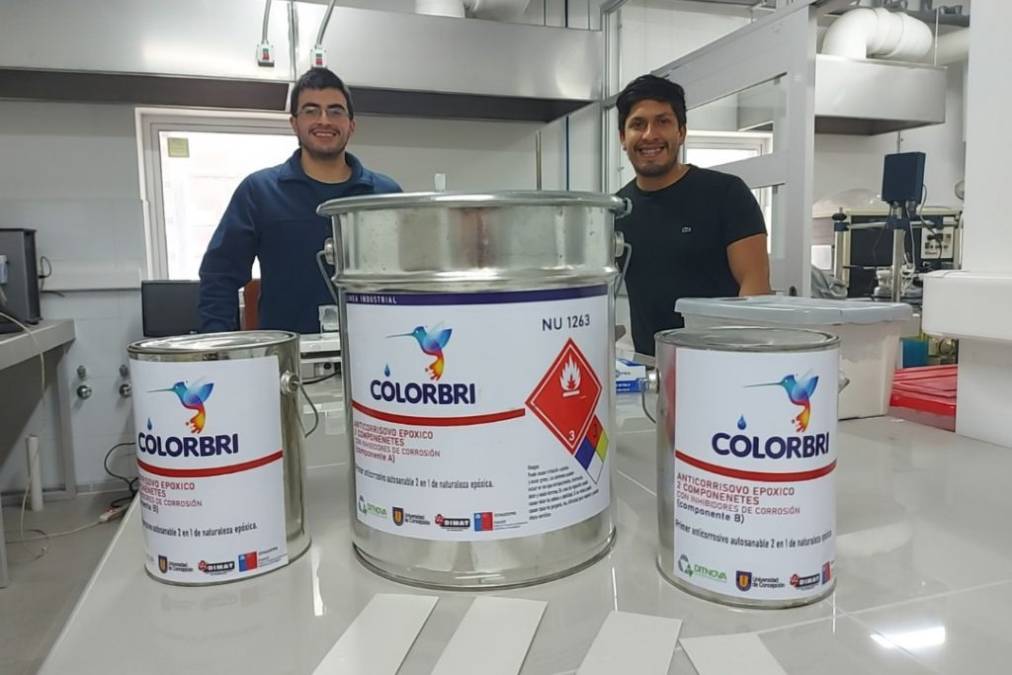 With resources acquired through the Fund for the Promotion of Scientific and Technological Development (Fondef), students and professors of the Faculty of Engineering of the University of Concepción developed a self-repairing and anticorrosive product.

Its name in the market will be Colorbri, a painting that serves the industrial, marine, paper, mining, among others. Its function is to protect metal or steel against aggressive agents such as water, chloride and various air pollutants.

The director of the Department of Materials Engineering, Manuel Meléndrez, highlighted the realization of this project, which had the participation of a wide human resource: seven undergraduate students and two doctoral students. Each worked on a project goal, which generated two patents and five scientific publications after patenting the material.

Regarding the participation of students in the research, Meléndrez said: "The important thing about the presence of students is that they realize that there is a real problem and contribute by contributing a solution. In addition, it helps them to interact with industry, universities and problems associated with the times."

Meléndrez was one of the professors who was part of this research, in which his colleagues David Rojas and Luis Felipe Montoya also participated. Joining them were students Katherine Fernández, Jesús Ramírez, Clara Villalba and Nicolás Garrido.

The latter, a student from the Department of Materials Engineering of the University of Concepción, referred to the possibility of being part of this project in his pilot plan: "It has been a pleasant experience because we have meetings constantly, the professor gives us his ideas or makes us investigate to keep us motivated."

"Also working has helped me to the collaborative part with other engineers, to interact and be able to show their knowledge. We made a good product with a scientific basis and well elaborated," Garrido added.

To carry out the pilot plan, the University of Concepción signed a loan with the company Ditnova, where the painting has been created.

For his part, Jesús Ramírez, PhD student in Materials Engineering Sciences, valued the experience of being part of this research: "Here I saw the whole process: from the stage of formulation of a painting, completion of physical-chemical parameter and that meets everything requested to be an anticorrosive".

No thoughts on “Chilean students create anticorrosive and self-repairing paint”