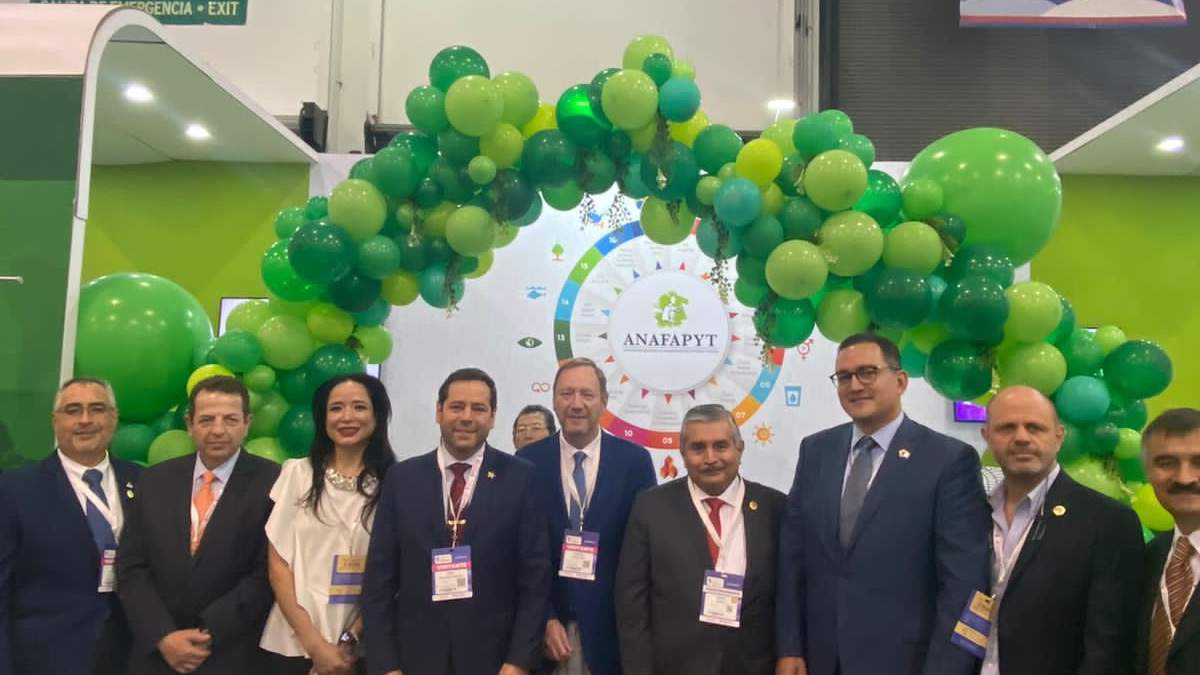 Latin America. On the Latin American Coatings Show, more than 2000 people were reunited with the face-to-face version of the largest exhibition in ink and coating supply, which had not happened since 2019.

Unlike previous editions, attendees who passed through the exhibition floor of this year's event were met with coatings instead of carpet. This is a sample of small good practices consistent with the theme of sustainability promoted by an organization such as the National Association of Manufacturers and Paints (Anafapyt), in charge of the meeting.

"And obviously there are many manufacturers who are responsible for putting floors with coatings today, which opens a business opportunity for them," said Flor de María González Mariblanca, general director of the association, who in an interview with ZONA DE PINTURAS already warned that the exhibition planned to break the standard it had in previous years, as could be seen yesterday.

On this first day of the exhibition, the Secretary of Economic Development of Mexico City, Fadlala Akabani, was present, who expressed his joy to share this "important business meeting; not only national, but international."

And it is that among the more than 250 exhibitors were suppliers from the United States, Latin American countries and even Asians such as India.
Apart from highlighting the boost to the chemical and paint industry, Akabani made a special invitation to invest in the Vallejo Industrial Zone, immersed in the heart of Mexico City.

Of this area, with more than 500 hectares with industrial land use, a unique condition in the CDMX, he highlighted its geographical benefits by being connected to the customs of Pical-Pantaco, the main dry port of Mexico, with privileged connectivity to the rest of the country.

"In such a way that we recover the economic value of this area, and what better way than investing in Vallejo," said the secretary.

For his part, the president of the Board of Directors of the Confederation of Industrial Chambers (Concamin), José Abugaber, expressed his pleasure to accompany a sector as important as inks and coatings, of which "we have seen good numbers".

"Everywhere you are: you get up in the morning and you fall asleep with the paint," Abugaber said, reaffirming his commitment to a sector that aspires to continue growing.

Both José Abugaber and Fadlala Akabani were part of the economic reactivation panel in which they explored those figures and relevant data of the industry.

Joining them was the president of the National Chamber of the Transformation Industry (Canacintra), José Antonio Centeno, and the president of Anafapyt, Arius Zuñiga Lara. The director, Flor de María González Mariblanca, held this meeting and called on the guild to join together to generate and add to this great value chain of the association.

"Let's help reactivate the economy of this industry!" he exclaimed, and invited to take advantage of the remaining days, in which some of the 50 planned conferences have yet to be developed. Access is free, with prior registration at the following link: https://bit.ly/38O8ibV

No thoughts on “LACS 2022 celebrated the reactivation of the industry”