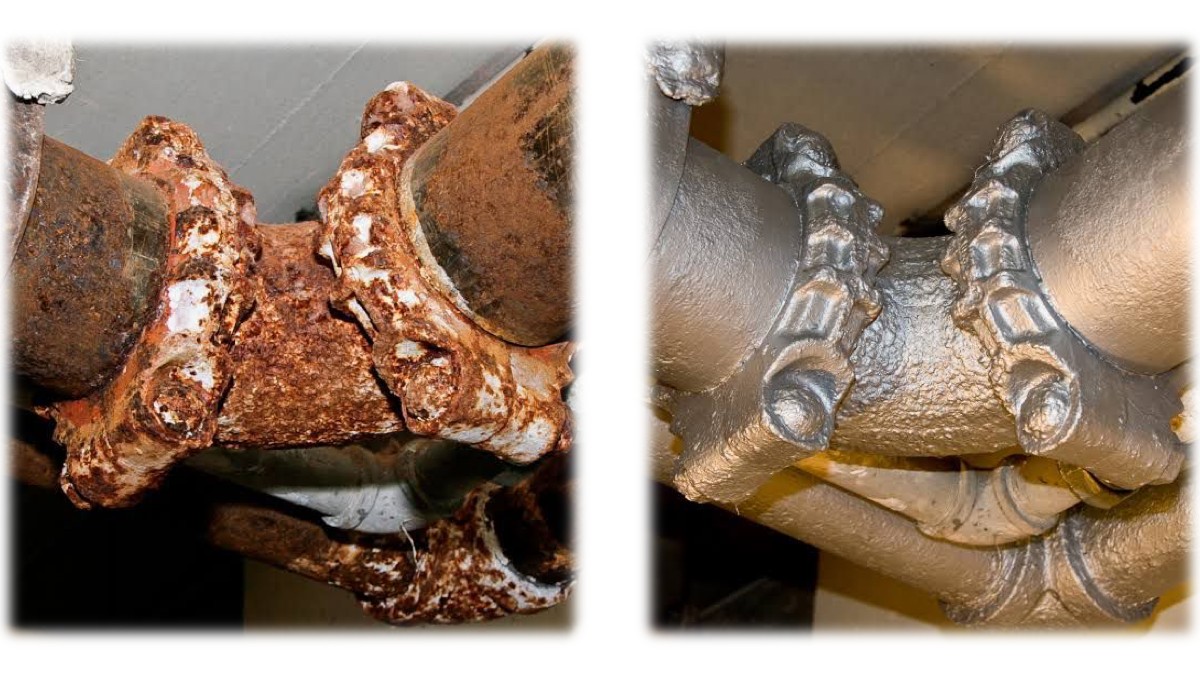 Latin America. The nascent Mexican company Nanosoltek presents Nanolum, an innovative product based on nanotechnology that stops corrosion and extends the useful life of companies' assets.

According to NACE International, the global corrosion authority, deterioration due to rust is one of the main problems faced by the industrial fabric of multiple sectors.

According to the figures provided by Nanosoltek, this phenomenon of degradation caused economic losses by 2020 that amounted to 3% of world GDP (around 2.5 trillion dollars per year).

Based on estimates by the same company, this problem destroys 25% of the steel produced in the world every year. This, added to the environmental impact and the loss of human lives due to accidents due to corrosion, motivated its founders to create methods of protection and control to avoid or at least delay corrosive processes.

Research development
Nanolum is a patented coating to inhibit corrosive processes, which is applied directly to the oxidized surface without cleaning.

Once applied, it replaces the electrochemical processes of iron with those of aluminum and zinc. Subsequently, the technology penetrates inside the corroded surface, encapsulating the oxide. Finally, the polymer creates the layers of protection, even in laminated substrate, which generates a very strong barrier.

This is one of the products that since 2014 began to develop a group of engineers from the National Autonomous University of Mexico and the National Polytechnic Institute (IPN) that hardly sees light commercially after an extensive research process.

In 2001, Petróleos Mexicanos (Pemex) asked the IPN and UNAM to develop a mechanism to minimize corrosion in their facilities, plants and equipment. To do this, scientists Dr. Felipe Samario of the IPN (who died a year ago) and Dr. Victor Castaño (UNAM) joined forces.

In this way, in 2009 they achieved the elaboration of a robust product based on nanotechnology, reliable and economical, and years later they obtained the respective patent.

Innovative solution
Traditionally, the method of use to inhibit corrosive processes consists of thoroughly cleaning the surface with solvent, detergent or alkaline. From there follows the preparation of the same manually with abrasives, pressurized water, sandblasting or metal shot. Then the application of primary; then the intermediate and to finish the finish.

Each of these five steps takes about four minutes, which adds up to an average of 20 minutes at the end of the process. From Nanolum's technology, the creators ensure that in two minutes a light cleaning of the surface is carried out (only remove dust and grease) and four minutes for the application of the technology, which reduces the entire process to six minutes.

In practice, nanotechnology covers the three main groups of methods that allow fighting corrosion: those that prevent the material from being attacked (cathodic protection), those that intervene on the environment by altering its composition (temperature, humidity, modify electrolytes, etc.), and ultimately those that prevent the metallic material and the aggressive medium from coming into contact (coatings).

In this way, the use of nanotechnology allows a reduction in repair costs, maintenance and loss of materials, as well as replacement due to damage to equipment.

"The benefits are great by reducing costs throughout the industry and having an installed capacity to supply the meters that is; without limitations," says Ángel Núñez, commercial director and one of the five founding partners of Nanosoltek.

"The interest is to give the industry something better," adds Núñez about this innovation, which at the same time allows a reduction of solid waste that accumulates in recycling centers. To this are added other indirect benefits: energy saving, reduction of CO2 emissions by having to manufacture fewer metal products, conservation of natural resources, less risk to the health and safety of people.

No thoughts on “Nanotechnology to tackle corrosion”