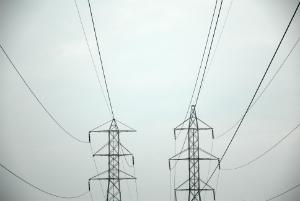 Using coatings that deliver the necessary strength and durability, as well as meeting the standards set for a successful application are the keys to any project.

A collapse that forces to stop the supply of energy is one of the consequences that can bring an inadequate management of corrosion in the electrical infrastructure, hence the importance of betting on an effective corrosive control system.

In the case of the electricity sector, the main corrosion problems that occur in substations and transmission lines are related to exposure to aggressive environments, coastal for example, in which the only strategy to use is to implement coatings that add to the structure the durability it needs.

To talk about the parameters that must be taken into account when working on corrosion in this sector, INPRA LATINA invited Cristian Sánchez, who is a civil engineer in metallurgy and a master in engineering sciences; in charge of technical and after-sales support of the coatings division of the company BBosch S.A. and professor of the Department of Metallurgical Engineering of the University of Santiago de Chile.

To begin with, Sánchez explained that the standard of protection in line and substation structures is hot dip galvanizing, but that sometimes this must be complemented if the environment is very aggressive, so that the synergy characteristics that exist between different types of coatings are taken advantage of to generate what is known as a duplex protection system.

"Immersion galvanizing is a highly durable and maintenance-free solution. However, when exposed to environments of high aggressiveness it does not deliver the necessary durability; in this case, the protection of the galvanized must be reinforced with a paint system selected according to ISO 12944," he explained.

To determine whether the use of galvanizing is sufficient on its own, whether it is necessary to apply a duplex system or whether it is necessary to evaluate different protection alternatives, such as those based on zinc, it is essential to evaluate factors such as the corrosive environment to which the structures will be exposed, the expected durability of the coating, whether it will be applied in the field or in the workshop, investment costs, as well as maintenance costs over time.

Another recommendation given by Sánchez was not to make the typical mistake of not using the standardized methodologies that exist for the application of coatings. For him, following standards such as ISO 14713 or ISO 12944 is fundamental.

Cases
When inquiring about the situation of this sector in Latin America, Cristian Sánchez referred to the Specific Chilean Case, explaining that this country has more than 4,000 km of coastline, on which thermoelectric generation plants are located, which increases vulnerability to corrosion due to the aggressive conditions of coastal environments.

In addition, he pointed out that while the lines and substations use the galvanizing or duplex system, for the structures of the plants there is still no standard model, so they are often protected with paints that are not the most suitable. Sánchez also pointed out that there is a "lack of knowledge of the engineering offices in matters related to corrosion."

Despite the above, he also stressed that there are several successful projects in this field. As an example, he gave the Santa María Coronel coal-fired thermoelectric plant, located in southern Chile, which used a galvanized 600 tons of rebar for the concrete of the seawater pumping pit for cooling equipment, thus obtaining high durability and reducing the need for maintenance.

The coal-fired thermoelectric plant, Colbún S.A. located in Puerto Coronel, Chile, is an example of the use of galvanized rebar. BBosch was the company that carried out the project and its technical support and after-sales manager of the coatings division, Cristian Sánchez, shared the details.

Project
Installation and operation in two stages, of two steam turbines of 350 megawatts (MW) of power each, with which 700 MW are delivered to the Central Interconnected System (SIC) of Chile, which supplies electricity from the municipality of Tal Tal to Chiloé.

The two units use pulverized coal with a boiler for steam generation, accompanied by a system for emission control.

The Seawater Cooling System of the boilers of the new plant includes the collection, treatment, the impulsion towards the plant and the return to the sea. The water flow is 48,000 m3/h.

Initially, the black rebar of the seawater impulsion pit for cooling is specified, considering an overweight of the concrete coating as a measure of protection of the iron against corrosion.

The alternative of protecting the iron with hot dip galvanizing was proposed, allowing to reduce the overfouling of the concrete coating on the bars, and with this generate similar investments with greater durability. The cost of galvanizing the bars is assumed with a smaller amount of concrete and steel, maintaining the amount of steel per cubic meter of concrete, as described in the following table.