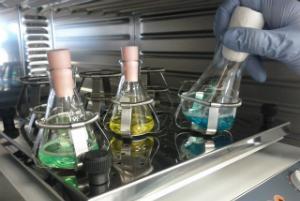 We recorded the behavior of imports of epoxy resins in the most important markets in Latin America where we found different results among the most representative countries.


It is no secret to anyone that epoxy or epoxy resins play a fundamental role within the segment of protective or anticorrosive coatings for the industrial sector.

This type of product offers high resistance and durability in environments that chemically can generally affect metals and is one of the most implemented in surface protection and corrosion control projects, which is why we will analyze the behavior of this market in the most important countries of Latin America.

We will take the figures that between January and June 2013 have yielded the imports of epoxy resins in the region, based on the information provided by the statistics portal Datamyne.

The data say that Brazil is the undisputed leader in Latin America in this regard. So far this year, the South American giant has imported a total of 23,110,071 liquid kilograms of epoxy resins (in primary forms) for a total of US$80,189,810. In quantity, the growth compared to the same period in 2012 is 10%.

Taiwan, with 26% of the total liquid kilograms imported, the United States (18%) and Germany (15%) are the main countries that export this class of resins to Brazil.

Mexico, on the other hand, remains the second country with the largest share in this market segment. But their records have declined compared to the same period last year. The North American nation has imported in 2013 a total of 10,800,693 kilograms of epoxy resin for US $ 51,819,269, that is, 47% less than in 2012.

The country that has made the largest amount of exports of the raw material in question to Mexico, between January and June 2013, is the United States, which covers 78% of total exports, followed by Germany, which has 4% of the market.

In the third position of the ranking is located Argentina, which despite the recent laws that restrict imports, registers important numbers. The South American country has imported in 2013 a total of 5,644,217 kilograms of the resin in question for a value of US $ 18,621,056, which means a growth of 14% compared to the previous year. Its main exporter is Brazil, with 36% of the total, followed by the United States and Korea, which contribute 14%.

This analysis allows us to identify that the United States and Taiwan are the countries that export the most expoxi resins to Latin American territory, and the important participation of other countries such as South Korea and Germany must be taken into account. It also highlights the good relationship that exists between Brazil and Argentina within this business, which at least since 2007, has a record in which Brazil exports to its neighbor on average 40% of the total of this class of resins.

No thoughts on “Variations in the import of epoxy resins”