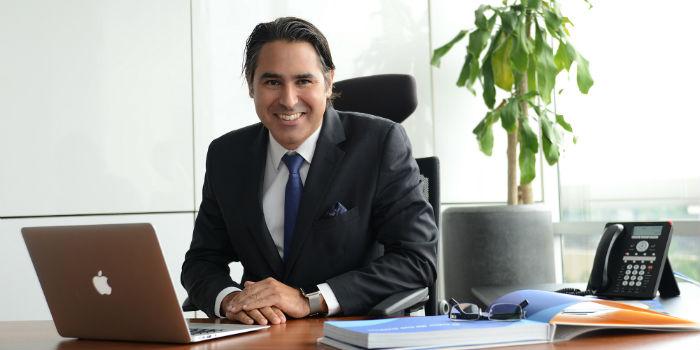 Diego Foresi is the professional of the month of this edition, and general director of PPG Comex for Latin America.

Being the director for Latin America of one of the most important companies in the paints and coatings market globally is a responsibility. Challenge that has been handled with taste and dedication a professional with a wide and recognized career within the guild.

He is Diego Foresi, general director of PPG Comex for Latin America, and who in this edition represents the entire region within our Professional of the Month section.

Diego has been in the industry for over 25 years. His career in the segment began as a research and development engineer at HB Fuller; there, as a chemist, he worked in the laboratory and was dedicated to the formulation of materials for the adhesive industry.

"I worked in this company for almost 14 years, from there I can say that I traveled the world, and basically I did the entire professional journey of a person who goes from a laboratory to running a company. I had commercial, technical, business leader assignments, until finally I was running what was the northern region," said our guest.

The Year of Change
It was in 2011 when Diego changed companies and went to Comex, which represented for him a change in his career, since he went from working in a multinational that was listed on the stock exchange to a family business and also entered a new market: retail.

"Comex hires me to design the entire growth strategy for the company in the rest of Latin America, and then we started this whole process, first in Mexico, and then we decided to set up the Comex Latam corporate in Costa Rica to develop the business in Central America and boost growth in South America," Diego explained.

Only a year had passed since his arrival when the process of acquisition of Comex by PPG became known, which continued until 2014 when the purchase was closed for an amount close to US $ 2,300 million.

"With this my career returns to a multinational that is listed on the stock exchange and what happened from 2014 onwards was a sum of situations that made the business grow in an important way. What PPG brought to Comex Latam was the possibility of managing other brands; we used to be a company that although it had several brands, the most important was Comex, which was closely linked to its own retail and that is its strength, "said the professional.

Diego added that with the arrival of PPG "we began to manage a brand like Glidden, with which we opened a universe of possibilities in a new market that is homecenters, stores and retail brands. Our job is now to strengthen brands, and this meant that in 2 years we tripled our geographical coverage, with Panama, Costa Rica and Guatemala being the countries where we have grown the most".

Next goals as a professional
When asked about his near future, Diego estimates that his next few years will be dedicated to strengthening the business he leads in Latin America. "The plans are very aggressive. When I decided to leave an industrial business and move to one that combines industrial with retail, it meant a lot in my career because it opened up a whole new world where marketing and brand management is almost as important as the portfolio. My career will be linked in these first years to the development of the brands we have, there is a lot of field to grow not only in Central America but also abroad, and I think that the proposal we are taking to the market is easily replicable in many countries. Something beautiful that we have experienced in these last 18 months is that we are a destination company, there are many talented people who want to work with us and this also enhances and generates a very great entrepreneurial spirit".

Vision of the Latin American market
Diego Foresi believes that the Latin market is demanding because he already knows the sector, knows how the chain behaves from the formulation to the final product and always demands to obtain the best quality. That is why the product offer must now be accompanied by better services and an added value that manages to convince.

"The consumer is very demanding, he takes care of what he is going to buy, he likes to be impacted, to be seduced with a good product and his way of applying it; retail has the challenge of trying to capture technology and for that reason we are launching very important technological tools such as apps that improve the consumer experience".

Diego also sees a much more competitive market, which for the above reasons, no longer only competes with price but in services. Something that will undoubtedly be positive for everyone because the competition will be strengthened, and the most benefited from it will be the end user. "To the extent that we manage to generate great value propositions, the competition will do the same and the one who will win will always be the consumer," said the pro of the month.

Technology
In terms of formulation, our guest has a great challenge ahead and that is to bring the high technology that PPG has in its coatings for cars or airplanes to the residential sector: "When we relaunched Glidden in Central America, we had to completely formulate everything, because the paints that were on the market were not aligned with the standard that we intended; what we did was enter the market with products of a more advanced level and thus raised the technological bar. The portfolio is renewed annually and what we are doing is that we are incorporating products where we see that we can differentiate ourselves".

Beyond the professional
Finally, Diego told us some aspects of his daily life which have been fundamental to his professional performance. "I spend a lot of time with my children. I am a person who practices a lot of sport, especially outdoors such as running, surfing, playing tennis, etc. and I try to balance that space to refresh the mind; I like to read and on business trips I have managed to leave the computer to return to novels. I also like film and music, and I take advantage when I have the opportunity to go to a concert or play with a friend, that makes me think differently and allows me to continue nurturing creativity."

No thoughts on “Leader of an entire region”